The Software Tool SyRelAn ( System Reliability Analysis) has been developed by Dr. Andreas Vahl to analyse and optimize the safety and reliability of complex systems. SyRelAn uses Reliability Block Diagrams, which are mathematically equivalent to fault trees, but more intuitive for system engineers to work with as they are based on representing the system functionality. Redundancies are represented by parallel paths.

Reliability Block Diagram Analyses
SyRelAn allows describing the system through Reliability Block Diagrams with an interactive graphical user interface. The failure characteristics of the components are defined by failure rates and the dormancy periods. In addition the status failed or active can be assigned to the component. SyRelAn calculates the system failure probability and the system failure rate, depending on the exposure time. The average probabilities can also be calculated. 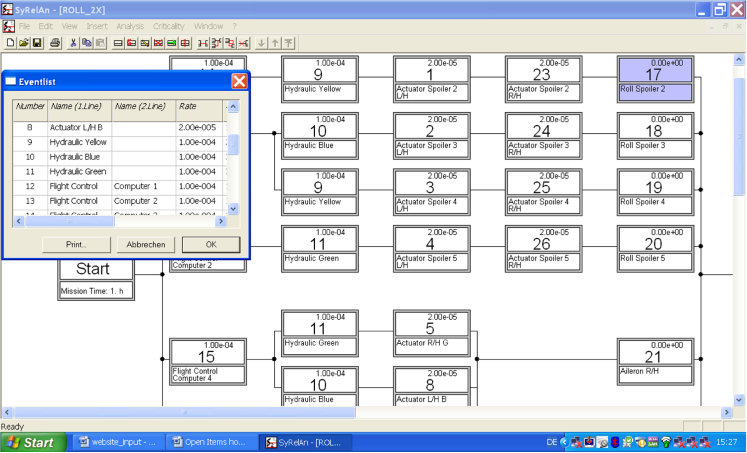 With SyRelAn hierarchically structured reliability block diagrams can be created. A range in the reliability block diagram can be selected and defined as subsystem. Subsystems can be integrated as basic events, the associated diagram of the subsystem is ordered on a lower layer and can be decomposed on the top layer and vice versa. This feature allows structuring the system descriptions similar to fault trees.

Different formats are available for import and export of data between other software tools.

Assessment of Degraded System Configuration
Loss of single components in redundant systems does generally not lead to total loss of function, but results in a degraded system performance. SyRelAn allows the calculation of occurrence probability for degraded system configurations based on the reliability block diagram for the failure condition “total loss of system”. With this method the effort to perform the safety analysis can be reduced significantly and it allows interactive assessment of different system variants. 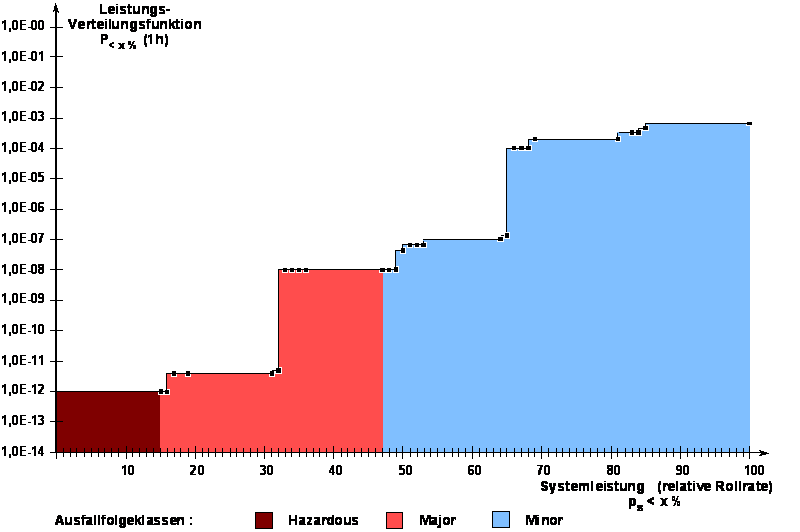 Importance Analyses
With the module Importance Analysis of the software tool SyRelAn the following importance measures can be calculated, to assess the contribution of single components on the system failure: 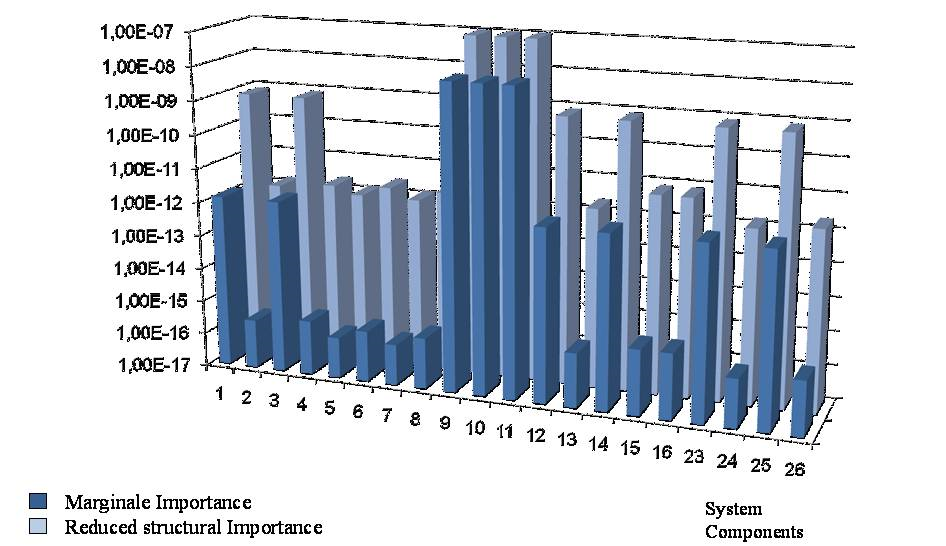 Importances of the Roll Control System